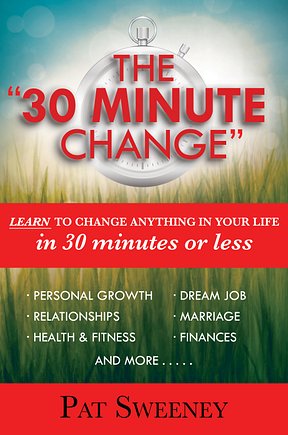 Sample from the Introduction:

I know that many of you want to make changes but have difficulty seeing them through. Some of you may really want to change but never seem to know how or where to start. Still others of you may look at change as this ginormous mountain that you just can’t climb anymore because you’ve tried before and every time you do, you fall back down and it adds another wound. Lastly, there are some of you who have a tendency to procrastinate or make excuses because “it’s just too hard to change this in my life right now.” I understand and have been there myself. There is a popular saying, “Give a person a fish, feed them for a day. Teach a person to fish, feed them for life.” So I thought to myself: Help a person change and they can hopefully make that one change. However, teach a person how to change and you can help them make changes for the rest of their life. This was my inspiration for creating this New Change Process.

This top selling book is going to teach you how to change anything in your life in "30 Minutes or Less". All I ask is that you sidebar your skepticism for a few hours. The techniques you will learn in this book, such as multi-sensory participation and Whole-Brain subconscious reprogramming, can be applied right away to make instant changes that will last. This process will help you to create and live out a new belief about the change you want and give you the tools to implement that belief.